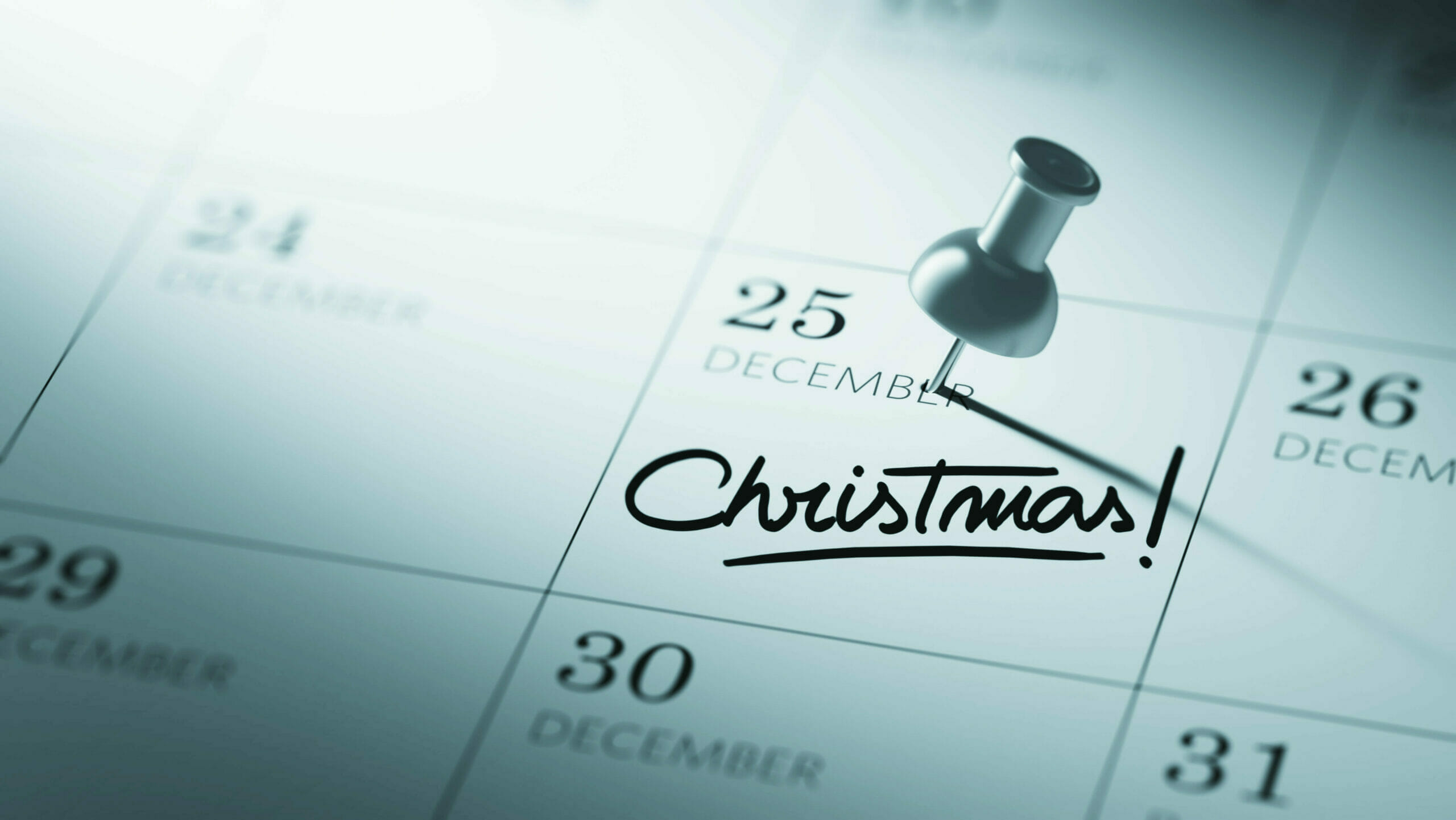 Christmas Facts that are MTYR

Christmastime is the perfect occasion to come together with family and celebrate the birth of our savior with lots of prayer, fellowship, food and conversation.

That last one comes with a caveat, however: So long as the conversation isn’t about faith, you’re safe, right? Well, we disagree. What better time to explain how there’s more to Christmas than most people realize?

We all have questions about Christmas. Where did it come from? What’s the history? Why is it when it is? So, we did some research in response to some of the things many of us think we already know about Christmas.

Don’t be afraid to share what you learn here with others. Every conversation is a chance to engage someone in a meaningful conversation: about life, faith, Jesus, and the celebration of Christmas!

What does “Christmas” mean? Keep MASS in Christmas?

The word “Christmas” is derived from the Middle English word, Cristemasse, which comes from the Old English Cristes Maesse, a phrase which means “Christ’s Mass” and was first recorded in 1038.

Over time, it became easier for people to just say “Christmas.” And contrary to popular opinion, the even shorter version, Xmas, doesn’t take “Christ” out of Christmas — the “X” is the first letter of the Greek word for Christ (chi).

But isn’t Christmas just a stolen feast day from the ancient pagan celebration of Sol Invictus or New Winter Solstice?

Not quite. In fact, the earliest reference to Christmas being celebrated on December 25 was by Hippolytus of Rome in his Commentary on the Book of Daniel in AD 204, which predates any mention of a celebration honoring the pagan god, Sol Invictus.

It’s also worth noting that December 25 falls at the time when the ancient world celebrated the winter solstice, which historically has been important for agricultural reasons and, therefore, an opportune time for different celebrations and rituals by many different peoples and cultures of the era. So, different celebrations around that time were common — no one stole or appropriated anything!

So, why is Christmas celebrated on December 25th?

The simplest answer is that Jesus was born on that day—and we have sufficient evidence to prove this. The historical anchor is the reference Scripture gives for the priestly cycle when Zechariah, John the Baptist’s father, served in the temple. Zechariah served in the division of Abijah (Luke 1:5), which scholars now know occurred between September 22 and October 8. It is a fair assumption that Elizabeth and Zechariah would have fulfilled the Angel’s prophecy by doing their part. Luke states, “And when his time of service ended, he went home. After these days his wife Elizabeth conceived and for five months, she hid herself (1:23-24).

As we know from Scripture, the angel Gabriel appeared to Mary six months after Elizabeth conceived (Luke 1:26). This would put the conception of Jesus in late March, the birth of John in late June and the birth of Jesus around the end of December. From ancient times, the Church has celebrated the Annunciation on March 25, John’s birth on June 24 and Jesus’ birth on December 25. The reason is likely because those were the actual dates these events occurred. Christmas Day also happens to align with the winter solstice, which marks the time when the days begin to grow longer. How fitting that the birth of Christ, the Light coming into the world, coincides with this day that marks the beginning of the triumph of light over darkness.

Jump forward to the 5th century, since Christians had been celebrating the birth of Christ from the beginning, Pope Leo I officially established the Liturgical Feast of the Nativity. One obvious thing we can easily overlook, as well, is that Mary probably knew Jesus’ date of birth, as any good mother would. That was probably not lost on her; and she would have told the Apostles. Actually, the Apostles probably celebrated Jesus’ birthday every year they were with him. Let’s face it, sometimes “scholars” overlook the obvious ways human beings act and communicate. For their part, the Gospel writers were far more concerned with the historical context of Jesus’ birth—its global significance—than with the familial context of Jesus birth date.

What about the year of Jesus’ birth?

We do not have perfect evidence of the year Jesus was born, but we do have some strong indications. Several curious events surround the birth of Jesus. The first is the Star of Bethlehem, which more honest, modern-day astronomers have theorized to likely be a series of extraordinary astronomical events — specifically, a triple conjunction of Jupiter, Venus, and the star, Regulus, which they’ve dated to the year 2 BC by our modern calendar. This event was extraordinary and would not have occurred again in the lifetime of those living at the time—so it’s significance would not have been overlooked or missed. Further evidence indicates that the triple conjunction occurred within the constellation of Leo, which those in Mesopotamia might have associated with the Tribe of Judah in the Kingdom of Israel. The Wise Men — who really were ancient astrologers — would certainly have paid attention to stellar events like these and followed them closely.

The second detail that helps us know the year of Jesus’ birth accurately is census data. The nativity story in the Gospel of Luke opens with mention of a census taken by Quirinius, the governor of Syria at the time. Historical records verify that a widespread census indeed occurred in 6 BC.

Thus, Jesus was born sometime between the years 6 BC and 2 BC.

Is it true that Christmas used to be illegal?

Yes! Christianity itself was illegal across the Roman empire until the 4th century, and it wasn’t until the 6th century that Emperor Justinian declared Christmas to be a public holiday. But the history gets even crazier. In the United States, Puritans objected to the celebration of Christmas because they felt it to be too unbiblical and rooted in too much lewd partying.

Their disapproval went so far that Christmas was totally outlawed in Boston from 1659 until the ban was lifted in 1681. By the signing of the Declaration of Independence in 1776, the celebration of Christmas still was not widespread in the United States. As a matter of fact, even churches were closed during Christmas! Alabama was the first state to declare it a public holiday in 1836, and it wasn’t officially proclaimed a federal holiday until 1870. But today, the holiday is widespread and common — well over 85 percent of the U.S. population celebrates Christmas!

Where does Santa fit in? Also, who’s St. Nicholas?

Santa Claus has been around for a while, but his popularity really increased in the first half of the 20th century, largely due to an ad campaign by Coca-Cola. Santa Claus comes from the Dutch, Sinterklass, which translates to St. Nicholas, who was a fourth-century Bishop of Myra. He was born into a super wealthy family and used his inheritance to perform acts of charity for poor families. One story tells that he kept a widower from selling his three daughters into prostitution by tossing a bag with golden coins into their home one Christmas night. He did this for several more years, until the widower caught him and discovered it was Bishop Nicholas.